Prize for a plucky pressure-group

Two weeks ago in Edmonton I was thrilled to present the 2015 Elinor Ostrom Award to a most impressive organisation.  AMAN, the Indigenous People’s Alliance of the Archipelago, won the award for practitioners.  It works across Indonesia to defend community rights to the commons. 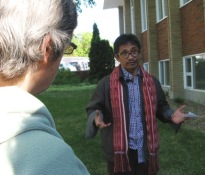 Abdon Nababan came to Edmonton to receive the award, and I interviewed him for a video which will in due course be featured on the award website.  He spoke enthusiastically about AMAN’s work.  It was founded in 1999 and is now composed of 2,349 indigenous communities.

It has used a range of campaigning techniques.  For instance, it has lobbied the government to secure the rights and access of indigenous people.  Importantly, it challenged the government in court on the ownership of the forest commons. To have taken on the Indonesian government is no small thing.

AMAN submitted a judicial review of the Forestry Law to the constitutional court; the court found that customary forests are no longer state forests. AMAN then produced a handbook to explain to the communities what their rights are.  (It is interesting that, whereas we fought to keep our forests in state hands, in many parts of the world this is highly undesirable because it leads to exploitation of the land and local people ousted.)

AMAN has mapped the territories of indigenous people and persuaded the government to recognise people’s rights .  It has also set up a group to address the issues faced by women and has involved young people in the management of the commons.

Clearly, AMAN is a courageous,  fearless and innovative organisation, and Abdon is a great leader, prepared to stand up for people’s rights.  I feel sure that Lin Ostrom would have considered them well deserving of the award.  AMAN will be featured as a case study in the forthcoming short course  Defending the commons, strategies for action which you can read about here.

The other winner in the practitioners’ category was Marcedonio Cortave, an activist for the community management of natural resources in Guatemala.  He has negotiated with the government to create community forests, battling against corporate interests and huge tourist projects and has worked with a range of organisations to promote sustainable use of land.

The young scholar winner was  Scott Shackelford, who teaches cybersecurity law and policy at Indiana University.

Senior scholars
The senior scholars were Fikret Berkes, professor at the Natural Resources Institute, University of Manitoba, and Bonnie McCay from Rutgers University, New Jersey.  Both have worked on commons for many years and have supported and inspired countless students.  They were a popular choice for winners and are much loved and respected by those attending International Association for the Study of the Commons (IASC) conferences. 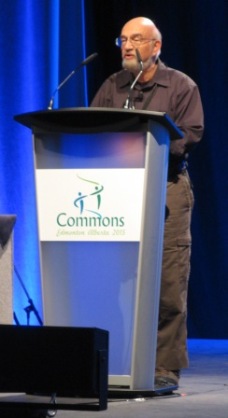 The Elinor Ostrom Award on Collective Governance of Common Resources was created in 2012, the year of Lin’s death, by the IASC to honour her memory.  A political scientist, Lin was IASC’s first president and won the Nobel prize for economic sciences in 2009.  I was very proud that the Open Spaces Society won the first practitioners’ award in 2013 and this time I helped to judge those awards. 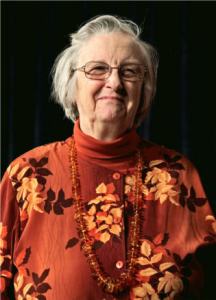 I am the general secretary of the Open Spaces Society and I campaign for public access, paths and open spaces in town and country.
View all posts by campaignerkate →
This entry was posted in campaigns, Canada, commons, Elinor Ostrom, International Association for the Study of the Commons and tagged Abdon Nababan, AMAN, campaigns, common land, Elinor Ostrom, Guatemala, Indonesia, Indonesian government, Lin Ostrom, Open Spaces Society, practitioners. Bookmark the permalink.