Our local Ramblers try to check every path in our territory at least once a year. The Ramblers Buckinghamshire, Milton Keynes and West Middlesex Area appoints path checkers who take on one or more parishes and walk the paths, record their condition and report problems to the highway authority (Bucks County Council, Milton Keynes Council or the London Boroughs of Brent, Ealing, Harrow, Hillingdon or Hounslow).

This year I took on Piddington and Wheeler End parish as it had become vacant.  This is in Bucks and the Chilterns Area of Outstanding Natural Beauty, to the west of High Wycombe and about three miles from home.

The parish is bordered by Bledlow-cum-Saunderton and Radnage to the north, Stokenchurch to the west, Lane End to the south, and High Wycombe and West Wycombe to the west.  It has been created fairly recently from part of West Wycombe Rural parish. 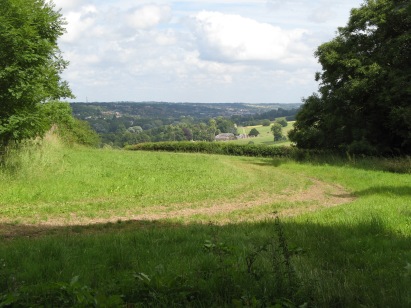 On the parish boundary, looking east to West Wycombe

I had walked some of these paths in 2009-10 when I was doing the British Trust for Ornithology’s bird atlas, but it was good to focus on one parish and to walk all the 28 routes.  It took me about 14 hours to cover them all, spread over four visits.  I had to walk some routes more than once to reach other paths.  I was surprised by the variety of paths and scenery in such a small area. 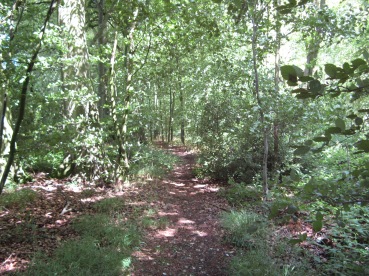 Piddington is a small settlement to the south of the A40 on the side of the hill.  Wheeler End is a scattering of houses around the common. 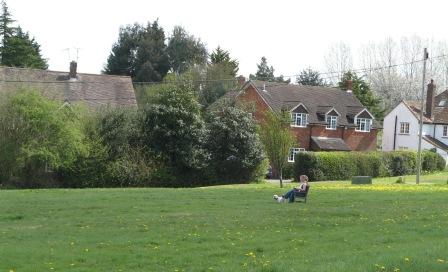 The first day, 10 July, I walked north of the A40 which splits the parish in two.  I made a big circuit, heading north along bridleway 17 to the top of the hill, over to Bottom Road, and back in a loop taking in some paths in Radnage.  I stopped frequently to cut back vegetation with my secateurs.  However, this on footpath 25 was too much.   The adjoining headland path is clear but the definitive route goes between the hedges 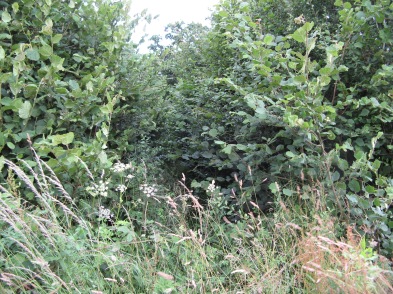 On bridleway 17 I found a fallen tree blocking a bridleway.  I reported this and was pleased to find by 28 August that it had been removed. 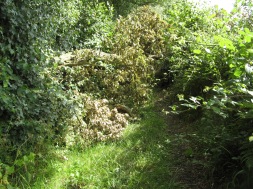 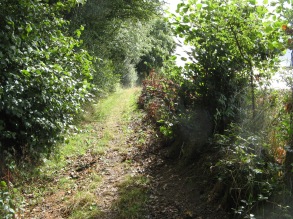 There were a number of difficult stiles. 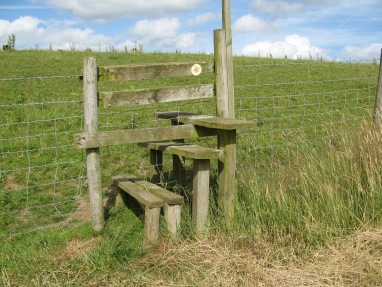 The path on the ground and on the definitive map do not tally at Ham Farm. 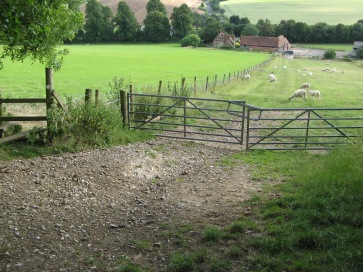 Footpath 24 on the map goes through the gates but instead is directed over the stile.

I ventured into Radnage parish and, with the agreement of the Radnage path-checker, reported an extremely overgrown path at Green End Farm. 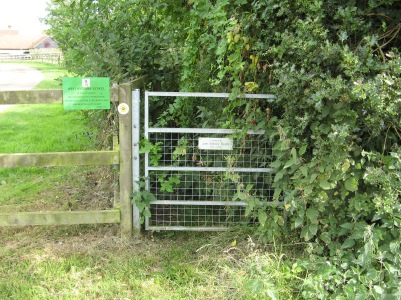 There were examples of good practice, such as footpath 23, the most northerly path in the parish, which has not been ploughed and is now a wide, clear route over the fields. 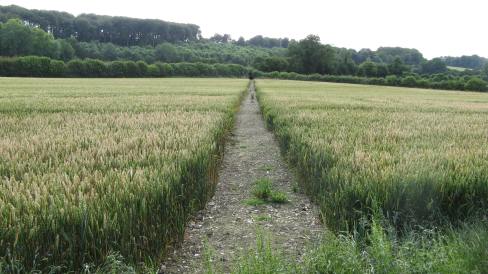 It was good to see the patch of access land to the left of the pylon on the slope near Chawley Manor Farm; the Ramblers fought for this under the Countryside and Rights of Way Act. 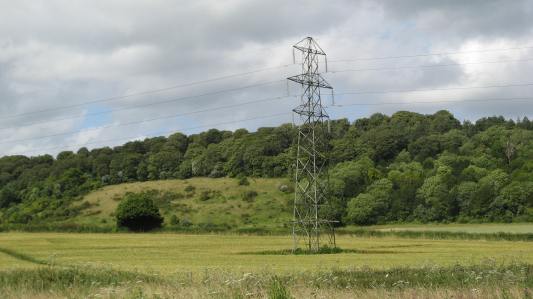 As I walk my parish I am also thinking about routes which may have been omitted from the definitive map, or recorded at the incorrect status as I shall in due course want to research these.  If I can gather sufficient historic or user evidence I shall apply for them to be added to the map.  I felt that footpath 28/1, with its wide sunken route between Old Dashwood Hill and Ham Farm, should probably have a higher status. 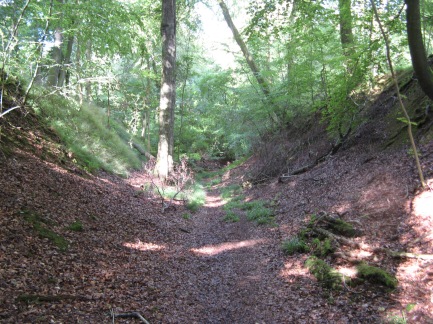 The sunken route of footpath 28, surely higher status than a footpath?

Later I filled in the form for our group footpath secretary, listing the paths I walked (these are divided into sections or links between junctions with other paths; some only have one section, some as many as four) and using codes to describe problems.  The most frequent were difficult stiles, overgrowth and missing waymarks.

Reported
I reported problems to Bucks County Council using the website. You get an acknowledgement and number to track progress.  Annoyingly the website frequently says a matter is ‘resolved’ when it is not at all, I suspect that just means that the council has passed it on to someone to deal with.  And then it doesn’t tell you when it has actually done it.  So I know I shall have to go round and check again.

That was my first day out, a lovely sunny afternoon in July.  I shall report my other visits in future blogs. 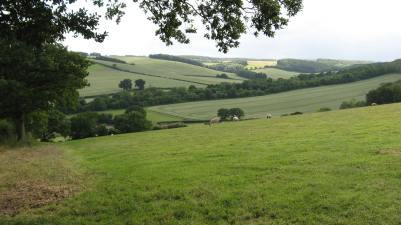 I am the general secretary of the Open Spaces Society and I campaign for public access, paths and open spaces in town and country.
View all posts by campaignerkate →
This entry was posted in Access, AONB, Bucks, Ramblers, Ramblers' path-check, walking and tagged 2026, Buckinghamshire County Council, Piddington and Wheeler End, Radnage, Ramblers, Ramblers' path-check, walking. Bookmark the permalink.