My second day of checking the paths in the parish of Piddington and Wheeler End for the Ramblers was on 31 July (see report of day 1 here).  I tackled the eastern side of the parish, south of the A40 which crosses it in an east-west direction.

I parked beside Wheeler End common and the first gate I came to was one installed under the Chiltern Society’s Donate a Gate scheme, by the Ramblers’ Wycombe and District Group in honour of John Esslemont’s long service. 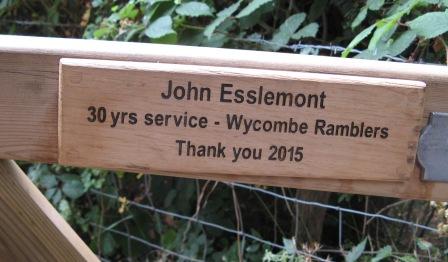 My walk this day was mainly on paths through woodlands and as they are a web of routes I had to keep retracing my steps in order to walk every one.  These paths were largely problem free.  However, I was concerned to see the sign below on a bridleway, and will make sure Buckinghamshire County Council takes action should the event be held here next year. 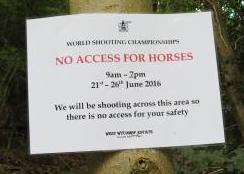 I reported a missing waymark where there was potential for confusion on footpath 8. 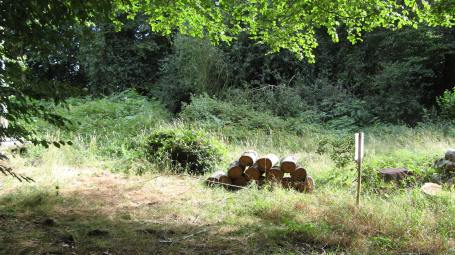 At the northern end of the day’s walk I had a good view across to West Wycombe and the hilltop mausoleum.

I walked to the bottom of Bullocks Farm Lane to find the north-east end of footpath 12 which runs parallel to the lane in the fields, a useful route because the lane is narrow with steep banks so it is hard for a walker to escape the traffic. I had difficulty finding the path because the stile was hidden in vegetation (which I cleared), as was the signpost (which I couldn’t reach). 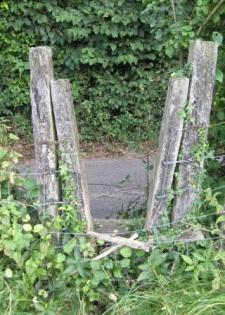 Stile after I had cleared it 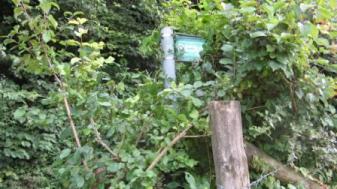 Similarly, at the south-west end of the path, the signpost was buried in the hedge.  I reported both to Bucks County Council and when I visited again on 29 September, found that they had been cleared. 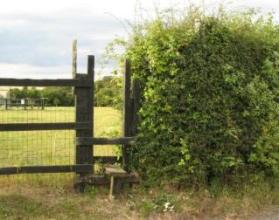 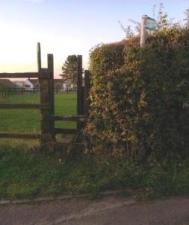 As I walked footpath 12 I could look to the fields north of the A40 where I walked on day 1.

Bridleway 10 is a wide track through the woods, partly used for forestry. 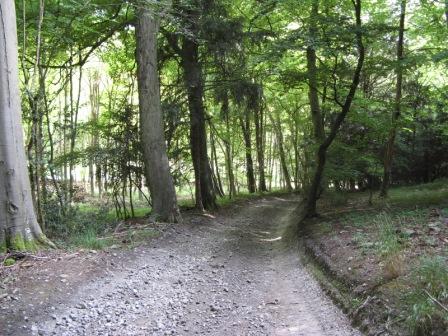 On the definitive map it comes to a dead end at Pyatts Farm (SU 815 925) and on the ground continues on the farm access.  I shall need to check that the lane is public to be sure that walkers’ and riders’ rights here are preserved post 2026 when the definitive map is closed to applications based on historic evidence (although this one is probably still in use by walkers and riders).  The track is in neighbouring Lane End parish so I shall liaise with those who are researching this parish for historic routes.

I shall also need to check what is the status of the continuation of bridleway 9 where it enters Lane End parish (SU 812 928), now cut off by the M40 a short distance to the south. 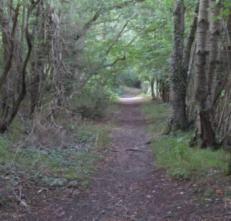 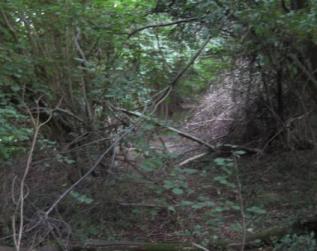 This path does not appear to be in use and so could be at risk, although the M40 may present an insuperable barrier.

I am the general secretary of the Open Spaces Society and I campaign for public access, paths and open spaces in town and country.
View all posts by campaignerkate →
This entry was posted in Access, Bucks, Ramblers, Ramblers' path-check, walking and tagged 2026, Buckinghamshire County Council, Chiltern Society, Donate a gate, Piddington and Wheeler End, Ramblers, Ramblers' path-check, signpost, walking, waymark. Bookmark the permalink.