On my recent visit to Otmoor RSPB reserve I was alarmed to see posters proclaiming that it is under threat from the proposed Oxford-Cambridge ‘expressway’ (a road which we clearly do not need). 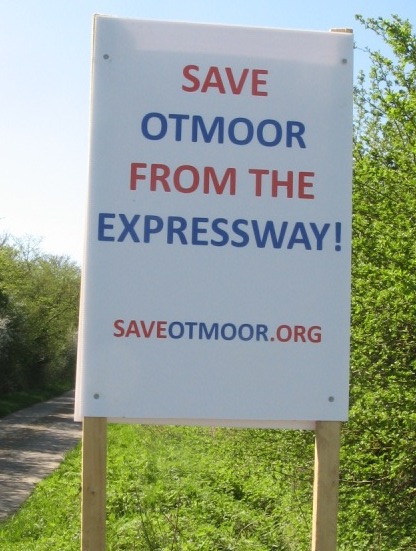 You can read more about the threat here.  Although the route is still vague, it could cut close to the eastern side of Otmoor and have a devastating effect on this wonderful, peaceful habitat.

I have signed the petition and urge you to do so.

Returning warblers
My visit, on the gloriously sunny day of 20 April, was primarily to celebrate the late arrival of spring and drink in the songs of the returning warblers.  I was not disappointed.

On the Roman road bridleway near the car-park I saw my first willow warbler of the year, as well as chiffchaff and blackcap.

As I walked the path from the car-park I saw a whitethroat and then, somewhere in Moorleys, I heard a grasshopper warbler. 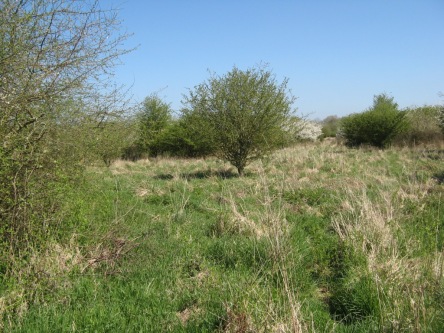 Once I was out by the reedbeds I soon heard reed, sedge and Cetti’s warblers, and caught fleeting glimpses of all three.  I thought I heard a garden warbler too.  Others heard lesser whitethroat but I missed them.  So I’ll hope to see them next time.

Near the main hide there was a flock of linnets in the oak trees. 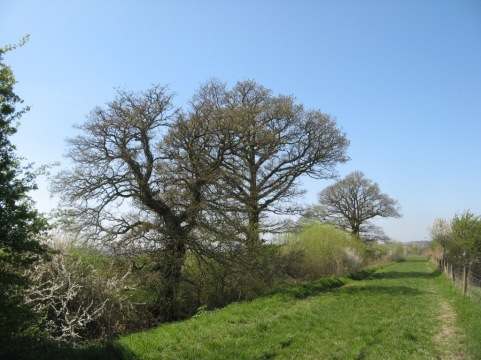 A hobby came flying in, to be mobbed by black-headed gulls.  It was early, but there should soon be more.

A bit later I heard a bittern booming in the reedbed, the first time I have heard this amazing foghorn. 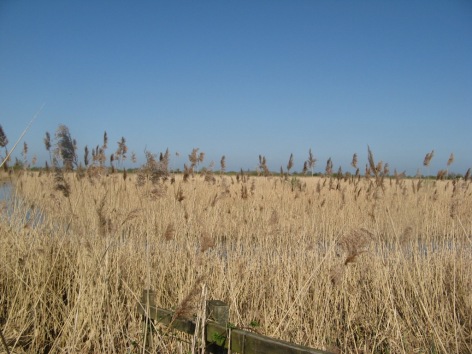 The bittern was booming

In about three hours on that peaceful day I saw 43 species and heard at least another two.  Otmoor is a very special place; it cannot be allowed to suffer from this devastating road scheme.

I am the general secretary of the Open Spaces Society and I campaign for public access, paths and open spaces in town and country.
View all posts by campaignerkate →
This entry was posted in Birds, campaigns and tagged bittern, Otmoor, Oxford-Cambridge Expressway, road scheme, RSPB, warblers. Bookmark the permalink.