Around the middle of June I begin to face the fact that, if I haven’t seen certain of our summer bird-visitors, I probably won’t see them this year.  I depend on Dartmoor and Wales to provide me with sightings of many of those which I don’t see at home—ring ouzels, redstarts and pied flycatchers for example.  So when I was on Dartmoor last week I was keen to see a redstart and a pied flycatcher, since I had had only fleeting sightings of both.

I took a short walk down the River Lyd from High Down.  There was a mist hiding the tops but the river was lovely.

By a big pool I saw a grey wagtail with food in its beak, probably feeding young. 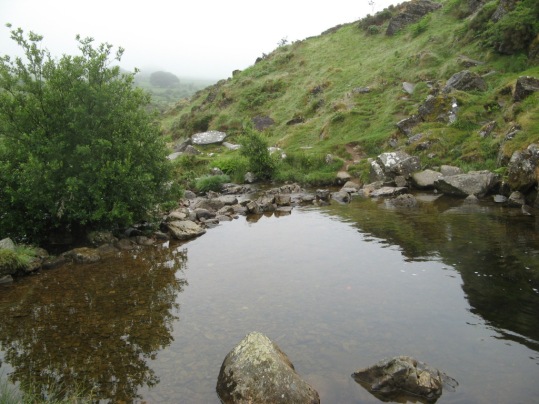 Pool on the River Lyd

Then a bit further down I heard then saw redstarts flitting about, a male and female and a possible young one.  What a joy that was. 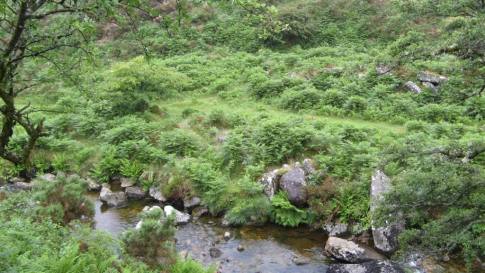 Where the redstarts were

There was plenty of bird activity on that small stretch of river; a blackbird and a mistle thrush with food, and meadow pipits.

Gradually the mist cleared and Doe Tor came into view. 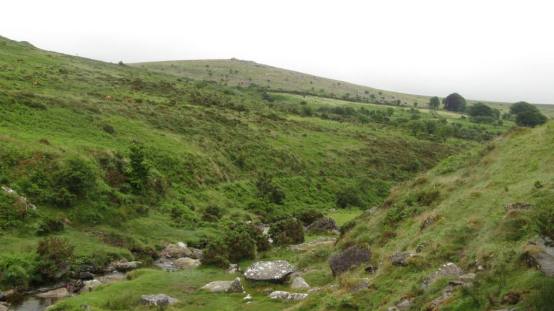 I came back past the memorial to Captain Nigel Duncan Ratcliffe Hunter who was killed in action in Biefvillers on 25 March 1918. 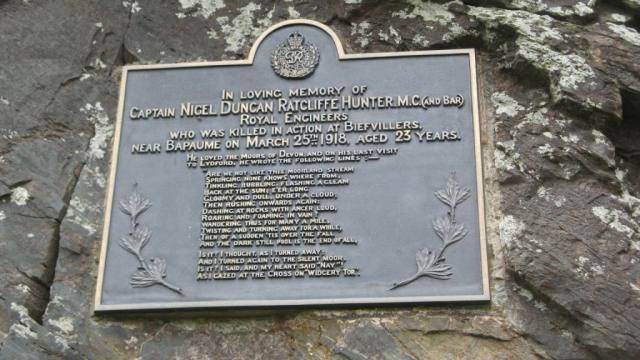 The memorial on Black Rock

After his last visit to Dartmoor he wrote a poem, which is reproduced on the memorial.  It is about the river and the view to the cross on ‘Widgery‘ (Bra) Tor, which had now come into sight. 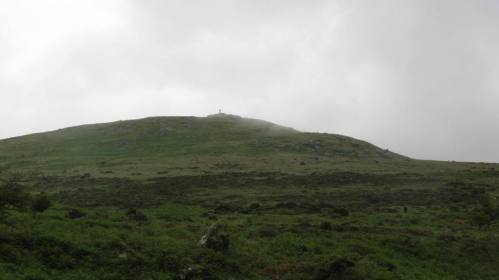 My walk was short but full of interest.

I am the general secretary of the Open Spaces Society and I campaign for public access, paths and open spaces in town and country.
View all posts by campaignerkate →
This entry was posted in Birds, Dartmoor, walking and tagged Dartmoor, grey wagtail, redstart, River Lyd, `. Bookmark the permalink.