Day on the downs

A couple of times a year I meet up with my friends from Exeter University days, Mary Alexander and Drusilla Belfield, and we take a walk in southern England.  Last Sunday we started from Chilcomb to the east of Winchester, on the western edge of the South Downs National Park.

We parked at the early-Norman church, which is on the side of a hill a little way out of the village.

As we joined the South Downs Way on the eastern side of the village, we saw a sign for one of the many water taps installed along the way. 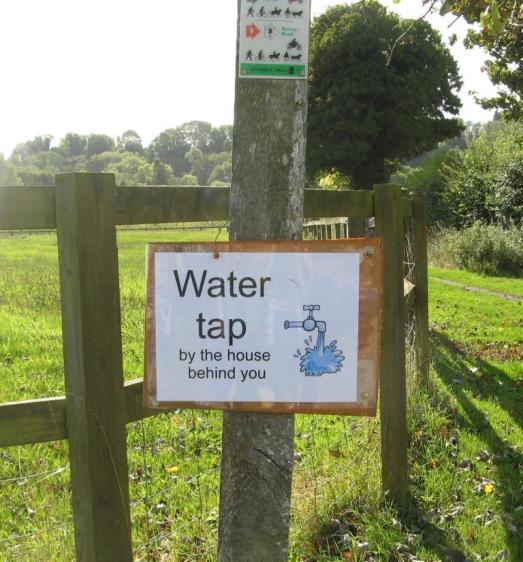 The way gave us a view of Telegraph Clump and Cheesefoot Head, a natural amphitheatre where Eisenhower addressed the troops before D day.

Telegraph Clump to the left, Cheesefoot Head is out of the photo on the right. There is a deep gully in the middle of the photo. The roads were made for the Boomtown Festival in September.

Soon we were out on the open Fawley Down with wide views to the Isle of Wight to the south and Beacon Hill to the north.

Mary, Drusilla and dog Janet on Fawley Down

We stopped for lunch on the edge of a field, and then proceeded to Morestead.  We turned north past the isolated war-memorial which commemorates the soldiers of the London Regiment, stationed at Hazeley Camp, who were killed or went missing in the First World War. 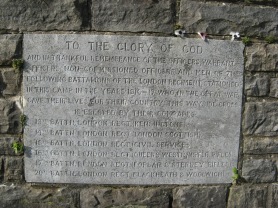 On a long track heading north between fields we saw young stonechats flitting about. Then we turned north-east on the edge of the woods back to the church.

It was about six and a half miles, and a pleasant circular walk.

I am the general secretary of the Open Spaces Society and I campaign for public access, paths and open spaces in town and country.
View all posts by campaignerkate →
This entry was posted in Access, National parks, South Downs, walking and tagged Chilcomb, Fawley Down, Morestead, South Downs National Park, walking. Bookmark the permalink.