Once again it is the Ramblers’ Areas’ AGM season and as a trustee I have opted to attend a number of them.  My first of the season was the Northamptonshire AGM on 1 December 2019, held in the scout hut at Rushden, 16 miles to east of Northampton.

This time it was the Area’s 20s-40s group‘s turn to host the AGM.  I arrived in time for a five-mile walk from Rushden, led by Tim who was reading the map from his phone.  A longer walk, which was well attended, had started earlier.

then found our way through a maze of housing estates to a bridleway which runs along a strip of woodland on the south-west edge of Rushden.

Bridleway on the edge of Rushden

This took us to the Irchester Road, which we followed past Knuston Hall to the railway line, the Midland line from St Pancras.  We crossed this and then took a path with wide, flat views to the south-west

and then under the railway. 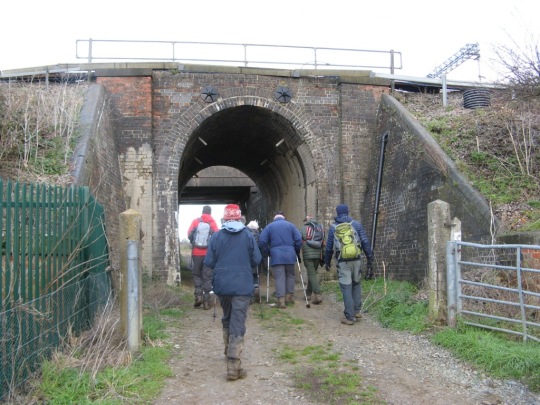 We followed the railway then turned east, along the county boundary, to Wymington, in Bedford Borough. 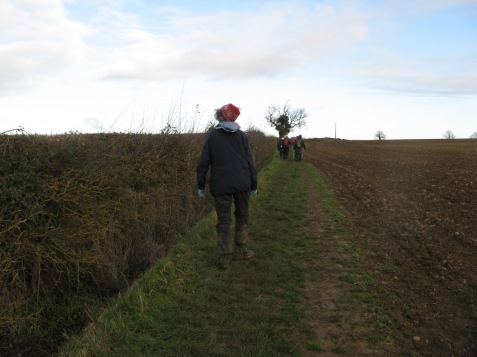 From here it was a short walk on roads back to Rushden. 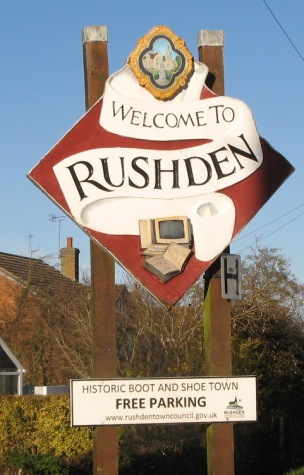 As we entered the main part of the town we passed the site of the last working blacksmiths. 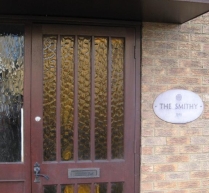 I also had a good view of the church, which Pevsner considers ‘a very grand Perp parish church’.

Later I looked at the map and realised that we had not followed definitive routes over the fields but rather had walked along field boundaries.  The reason was probably that one of the paths was definitive in Bedford borough but stopped at the Northamptonshire boundary (grid reference SP 945653).  An application must be made to Northamptonshire County Council before 1 January 2026 when the definitive map is closed to the addition of certain paths.

Back at the scout hut there were welcome tea and cakes, organised by the 20s-40s group, Then we had the AGM.  There were only 26 people there (many on the two walks had slipped away) but it was good to see a number of younger members from the host group.  The Area has some excellent volunteers but, as is so often the case, we need more.  During the meeting one of the members of the 20s-40s volunteered to run the website, which was very encouraging.

We mourned the loss during the year of two brilliant Northamptonshire stalwarts, Bob Coles and Maurice Tebbutt.  Bob’s wonderful displays, which he created when he was Area publicity officer, were on show. 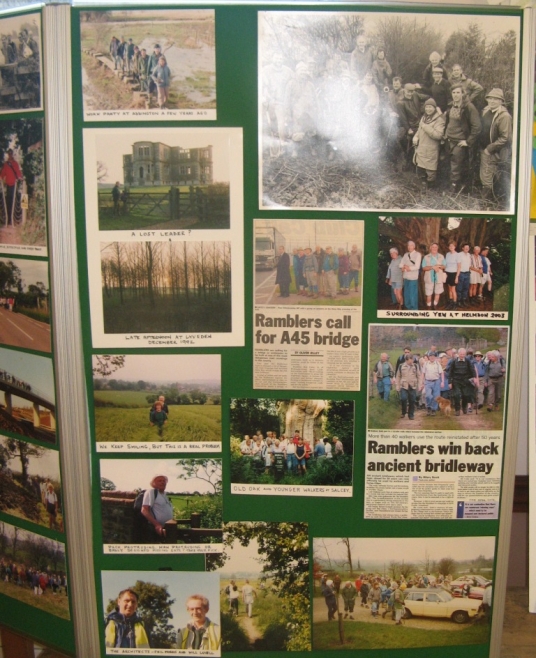 One of Bob’s display panels

I had taken part in many of these campaigns and was amused to see a photo of a much-younger me being interviewed by Radio Northamptonshire in 1995. 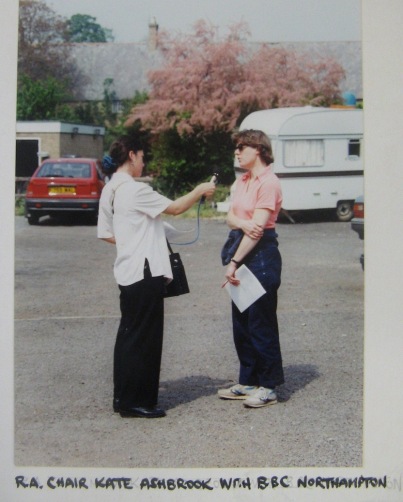 The Area does good work defending paths and open space, in a county which is severely short of money.  I admire its stoicism in the face of such adversity.

1 Response to Rambling around Rushden