Encomium to a may tree

All the time I have lived in Turville (33 years) there has been a may tree, about 30 metres into the field behind our house.  It was close to the public footpath and was the field’s only tree other than those in the hedgerows.  Now the bush is no more—due, it seems, to the negligence of a farmer with a tractor.

The little tree was visible from the top of Cobstone Hill.  It was especially lovely at this time of year when it was in flower, a fluffy white sphere. 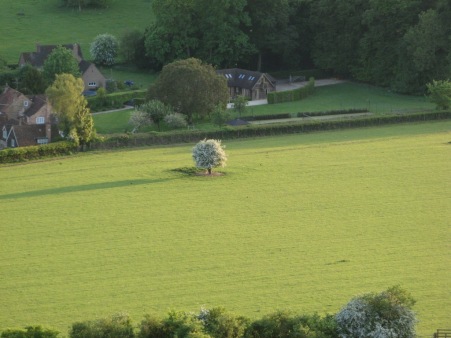 In autumn it had red berries.  It was a nesting place for blackbirds, robins and dunnocks who flew between the tree and the nearby hedgerow along the backs of the gardens. 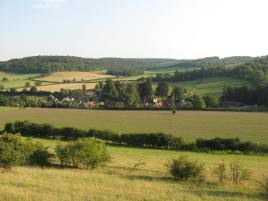 In hot weather, when the field was grazed, the sheep found welcome shade here. 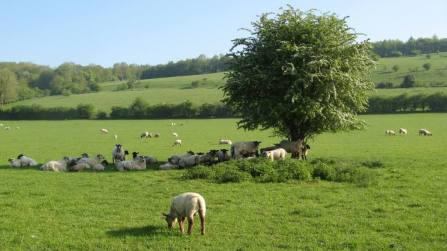 Providing shade in May 2018

It can be glimpsed at the start of Goodnight Mister Tom, which was largely filmed in Turville in 1998.  The camera pans the village from the hilltop and there is the little tree. 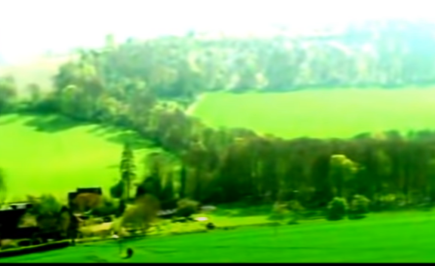 From the start of Goodnight Mister Tom, the tree is at the bottom

For a long time the tree was protected because there was an electricity pole next to it. 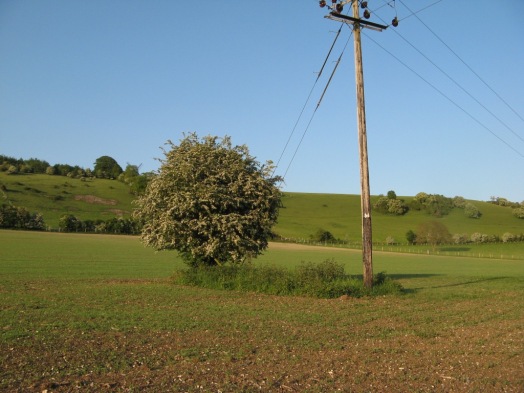 In May 2014 with electricity pole

In 2017 the electricity lines were put underground as part of an excellent project by National Grid to improve the landscape of national parks and areas of outstanding natural beauty.  While I was pleased that the ugly pole had gone, I feared this might put the may tree at risk.

The field, which belongs to the Getty (Wormsley) estate, is used in a variety of ways, but is often grass or fallow, sometimes crop and sometimes grazed.  This year it was ploughed, and the tree disappeared. 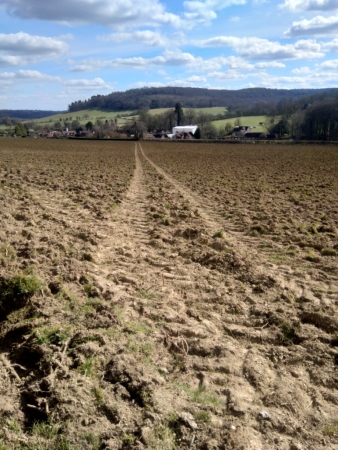 So all that remains now is a slight rise in the ground where over the years the soil was pushed under the tree, and a few bits of wood.  A sad end for a good friend.

I am the general secretary of the Open Spaces Society and I campaign for public access, paths and open spaces in town and country.
View all posts by campaignerkate →
This entry was posted in AONB, Chilterns, Turville and tagged Birds, may bush, Turville, Wormsley estate. Bookmark the permalink.

3 Responses to Encomium to a may tree